Before You Read - Pre-reading Discussion:

Discuss these questions with your teacher.

1. Come up with several pros and cons for living in a big city.

2. How do you or how would you deal with the stress of living in a big city? 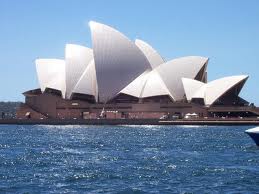 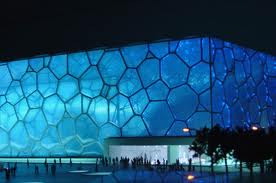 1. (n.) white noise - constant sound or noise that a person gets used to over time

4. (v.) to curb - to control by lessening the amount or degree of something

5. (adj.) acoustic - describing something that relates to sound or hearing (the noun is acoustics)

The Science of Quieter Cities

By Emily Badger, adapted from The Atlantic Cities Blog

Cities sound like cars honking and sirens blaring and trains rumbling underfoot. They sound like the couple fighting on the other side of your kitchen wall and the garbage truck backing up in the alley. More often than not, they sound chaotic and constantly turned on, and it takes years of living in a big city for all of this noise to blend into the background and become white noise.

“The challenge is to prove to people that living close means living well,” says Thomas Jones, the president of Cal Poly’s College of Architecture and Environmental Design. “Noise is a huge part of that. When people talk about cities, they say ‘they’re dirty, they’re ugly, they’re noisy.’ And many people are choosing single-family homes in the suburbs because they have had terrible living experiences in multi-family housing where they could hear everything everybody around them was doing.”

Jones worries that this notion of city life leads to a serious prejudice against city living. But that impression doesn't make much sense when research tells us that more young people want to move to cities, more retirees want to downsize there, and more people already living in town want to relocate to hip new neighborhoods or places closer to metro stops.

If all of this research is accurate, we had better start designing places where we can live together without hearing quite so much of each other’s noise.

Obnoxious city noise comes from all around us, moving between buildings, through windows and across congested roads. “If we don’t curb it,” Jones worries, “people will never willingly live and work in denser living patterns we need.”

“People think, ‘Oh, we need electricity from solar panels and we need to use less water,” Jones says. “But we absolutely have to make living in denser urban environments more pleasant to the senses, or we’ll lose the environmental battle.”

Maybe it’s time to start looking at apartment buildings and bus shelters with the same acoustic care engineers give to concert halls and schools. In doing so, it’s possible we could make cities sound not only quieter but also more enjoyable.

The global engineering firm Arup, which designed and built the Sydney Opera House and the Water Cube in Beijing, has built sound labs in Los Angeles, San Francisco and New York City, where they’re doing some incredible things with urban noise.

In the sound labs, Arup engineers can demonstrate and manipulate the level and source of virtually any sound in any environment. They can record a speeding train in real life and play back in the lab what it would sound like inside an apartment with the windows closed.

But Arup doesn’t simply want to figure out how to make things quieter. There are plenty of sounds that people like: birds singing, children playing, rain falling, trees rustling in the wind. The real challenge is to muffle the noises people don’t want to hear while amplifying the ones they do.

In the U.S., the government didn’t start regulating noise until the 1970s. But, today, the Uniform Building Code provides minimum standards for noise levels between units of multi-family housing. "America has some of the poorest standards in the world," Antonio says. Scandinavia has the best. But some of the difference is cultural: Those strict northern European standards tend to relax heading south into the more proudly cacophonous Mediterranean.

However, some of the noisiest aspects of cities have been steadily improving. Ryan Hill, a New Yorker, recalls living in a Brooklyn apartment half a block from an old elevated subway line. “Anyone who has lived near an elevated train knows the way it upsets everyday life,” says Mr. Hill. “If you want to watch TV,” he laughs, “you better learn to read lips.”

Some of the solutions for reducing city noise are just good common sense. Old elevated rail lines should be replaced with underground ones. Windows shouldn’t be aligned directly across from each other. Buildings that face noisy roads should have closets and bathrooms facing them rather than living spaces. Foliage – a pretty old-school method – also helps absorb sound, whether it's planted on your balcony or trees lining your street. This is one of the reasons why Central Park in New York City sounds like such an oasis.

Many of these improvements have been driven by market pressure. As prime land in cities disappears, denser developments have been going up on less and less desirable land. Formerly industrial neighborhoods are converting into high-end residential ones, but those sites are still located next to rail lines and highways. Builders there recognize that wealthy residents won’t pay for noise.

The whole idea here is that we don’t have to muddle through the city noise, and that apartments can be private and roads can be calmer.

“To accept the status quo is to turn our back on innovation and design,” Antonio says. "If we could turn up the pleasant sounds and turn down the unwanted ones, it’s intriguing to think about what the city of the future will sound like."

Please match the words with their definitions.

7. (adj.) old-school ________g) to understand what someone is saying by only watching their mouth

10.(v.) to muddle through___j) a paradise in the middle of a desert; a calm area surrounded by a busy one

After You Read: Comprehension Questions

1. Why is making cities quieter and more pleasant becoming such an important issue?

2. True or false: The engineering firm Arup recorded the sound of a train passing through someone’s apartment.

4. What are some of the solutions given in the article for reducing city noise?

5. Skim through the article for phrasal verbs. Choose one and use it correctly in a sentence of your own.

6. Do you manipulate your home or work environment so that it’s more pleasant or more enjoyable? If so, what do you do to make it better?

7. In your opinion, how has life changed as more and more people have moved from rural areas to dense population centers?